The 2022 Spring NEARC Conference will be held Monday, May 16 at Westfield State University in Westfield, Massachusetts.

Registration is open! Make plans now to join us in Westfield, Massachusetts.

COVID-19 Policies: The NEARC Board of Directors is requiring that all participants be fully vaccinated or receive a negative Covid-19 test result within 72 hours before attending the conference. Please be prepared to provide your proof of vaccination or official test results (digital images will be accepted).

Spring NEARC is an annual, one-day conference packed with professional development and networking opportunities for all levels of GIS users. Highlights include:

Geographic information systems, like the broader world of computational technology, has become over the past four decades the site of ever larger accumulations of data coupled with ever more sophisticated forms of analysis. This world of “big data” marks not just a shift in the technical possibilities of informatics, but also a shifting economic and political relationship towards knowledge. Yet the rise of “big data” has also inspired a series of countermoves, including both critical resistance to the dominance of quantification as well as a popular demand for storytelling and interpretation. In this talk, I’ll discuss how we might move from a GIS of “big data” to a more pluralistic concept of “big evidence,” by considering the intertwined technical and social systems that surround digital mapmaking. 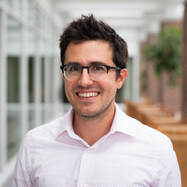 ​Garrett Dash Nelson is a historical geographer whose work focuses on the relationship between community structure, geographic units, and political ideology. He holds an AB from Harvard College in Social Studies and Visual & Environmental Studies, an MA from the University of Nottingham in Landscape & Culture, and a PhD from the University of Wisconsin-Madison in Geography.